The Ventura.org website has been translated for your convenience using translation software powered by Google Translate. Reasonable efforts have been made to provide an accurate translation, however, no automated translation is perfect nor is it intended to replace human translators. Translations are provided as a service to users of the Ventura.org website, and are provided "as is." No warranty of any kind, either expressed or implied, is made as to the accuracy, reliability, or correctness of any translations made from English into any other language. Some content (such as images, videos, Flash, etc.) may not be accurately translated due to the limitations of the translation software.

The official text is the English version of the website. Any discrepancies or differences created in the translation are not binding and have no legal effect for compliance or enforcement purposes. If any questions arise related to the accuracy of the information contained in the translated website, please refer to the English version of the website which is the official version. 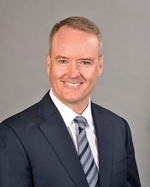 Michael Powers became the County Executive Officer for Ventura County in April of 2011. In this role he oversees a budget of over $2 billion, and nearly 9,000 employees in 27 agencies and departments. Along with his strong leadership team, he is responsible for overseeing and supporting all major county functions and services including budget, finance, legislation, human resources, labor relations, economic development and information technology.

As CEO, Mike is focused on providing quality public service, ensuring fiscal discipline, protecting the environment while supporting responsible land use and infrastructure development, investing in critical facilities and information technology projects, as well as our community and County workforce, and working to keep the county’s communities safe and healthy.

Prior to being named as the CEO, Mike was the Director of the Health Care Agency where he was responsible for the operation and management of the County’s health departments, including the Ventura County Medical Center, Santa Paula Hospital, the County’s system of clinics, and its Public Health and Behavioral Health departments. His duties also included the oversight of the Medical Examiner’s Office and the County-run health plan.

He left a private legal practice to become Assistant County Counsel in 1992 and then held several positions within the Health Care Agency prior to becoming its director.

During Mike’s tenure, with the support of the Board of Supervisors and a talented team of County leaders and workforce, the County’s achievements include the following:

Mike feels it is a privilege to work alongside the talented, passionate and high-caliber people who form the County Family. He was born and raised in Ventura, where he resides with his wife Erin, and two sons Charlie and Zackary.

Type and press Enter to search